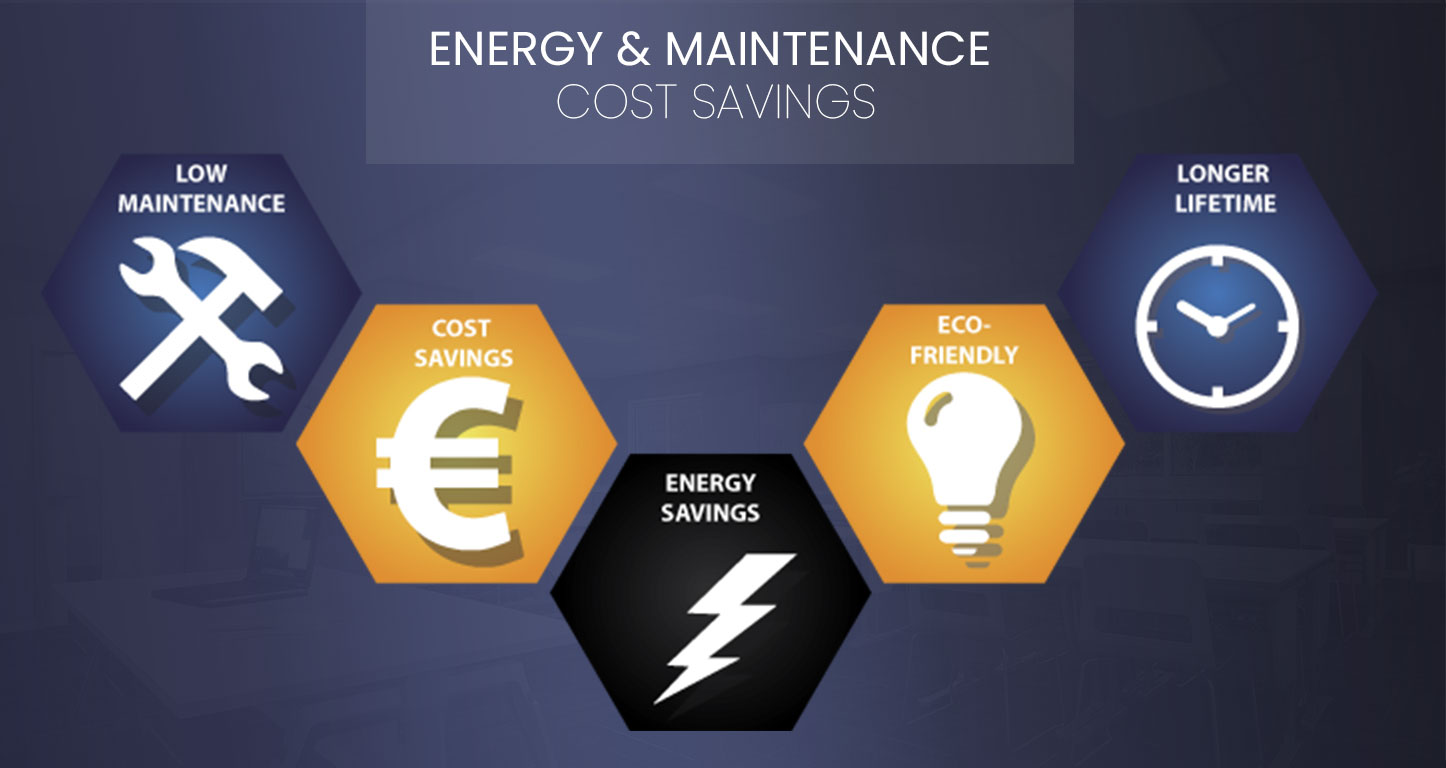 This post will discuss the varieties of LED panel lights, their advantages in various situations, and why they’re preferable to traditional fluorescents.

Three Reasons to Use LED Flat Panels Over Traditional Lights

Fluorescent lighting is, has always been, and will continue to be a compromised lighting solution.

These lights can be a source of frustration not only for those who work under them but also for those who are called in to replace them when they fail.

And that happens a lot.

Fluorescent lights were more energy-efficient than their incandescent ancestors. However, now that we’ve entered the twenty-first century, we have more options for keeping everyone and everything under those lights working at their peak.

They can operate for up to 50,000 hours ideally without requiring any maintenance. In a typical office, this translates to 30 years without having to replace them. On the other hand, incandescent lighting can last up to 1,000 hours, and a fluorescent bulb with the same brightness output might last up to 8,000 hours.

Using fluorescent bulbs means they will often require maintenance, for which you need to spend more time and money to replace them.

That’s money you don’t need to spend and time you can save.

But they do, however, last far longer than any traditional lighting available out there.

Fluorescent bulbs have a much shorter lifespan and fade much more quickly as time passes, which can be a real annoyance.

Simply by being an LED, in the long term, LED flat panel light fixtures can save your customer up to 90% on energy and maintenance costs.

LED flat panel lights are more practical because they are primarily edge-lit and are better for short plenum spaces or if the plenum has a lot of ductwork. And also, because they diffuse light more widely than troffers.

Flat panels are ideal for quick-service applications, such as fast-food restaurants, as well as 24/7 operations, such as hospitals and convenience stores.

They’re less difficult to clean, wipe down, and maintain than troffers.

LED Troffers are more appealing to the eye (according to some).

And are more effective.

Lighting controls are easier to integrate into the system, and because flat panels have more LEDs, their lumens per watt performance may suffer. In addition, flat panels necessitate the installation of additional wall packs/hardware, which aren’t exactly pleasing to the aesthetic gods.

Why Use LED Flat Panel Lights in Offices?

Most office lighting likely needs to be updated. After all, half of all current office buildings were constructed before the 1980s & 90s, and LED lighting wasn’t nearly as popular back then as it is now.

LED technology was not yet at a pricing point where it could be regarded as a viable alternative to existing technologies.

According to recent research, around 68% of employees are dissatisfied with their present lighting.

And it’s not without reason.

For example, cortisol levels can drop dramatically in low-light situations. Cortisol, a hormone that helps us respond to stressful situations, making it difficult to cope with…well, everything.

In other words, if an employee’s job is already stressful, fluorescents might make it feel even more so.

All of the factors above contribute to a complete lack of productivity when implementing traditional lights.

Traditional lights go out more often than LED lights. Unfortunately, this can result in potentially severe trips and falls in numerous situations. Not to mention, traditional tubes aren’t usually replaced right quickly because replacing them often necessitates the use of a scissor lift or ladder, which adds to the time it takes for a hazard to develop.

2×2 or 2×4 LED panel lights, with their dazzling light and lengthy maintenance-free lifespan, are the way to go if you don’t want to deal with all that potential responsibility.

LED flat panels enhance patients’ and employees’ experience in hospitals, along with lower energy expenditures and energy consumption. In addition, the lower energy costs enable hospitals to reinvest those savings in areas that improve the overall healthcare environment.

With its brightness and clarity, LED lighting can’t help but put you in a good mood? Employees, both potential and existing, can sense the difference, which allows a hospital to attract and retain talent. It also enables them to perform at their best in high-risk situations that necessitate complete concentration.

A hospital can be a tense environment, and adequate lighting aids in creating a peaceful and relaxing atmosphere during unexpected emergencies, illnesses, and high-risk surgeries.

Furthermore, because LED lighting is the closest thing to natural light, it aids patients in improving the quality of their sleep, leading to speedier recovery times.

Customers shop at convenience stores because they want to get in and out quickly. So there’s a reasonable risk they won’t return if they can’t get what they need immediately away. LED Flat Panel lights have a high CRI (color rendering index) and can efficiently illuminate everything on shelves evenly from top to bottom.

Plus, LED lighting enhances the appearance of things.

Not to add, a well-lit store increases a client’s opinion of its appearance, particularly at night, which can lead to the same consumer feeling safer and returning again and again.