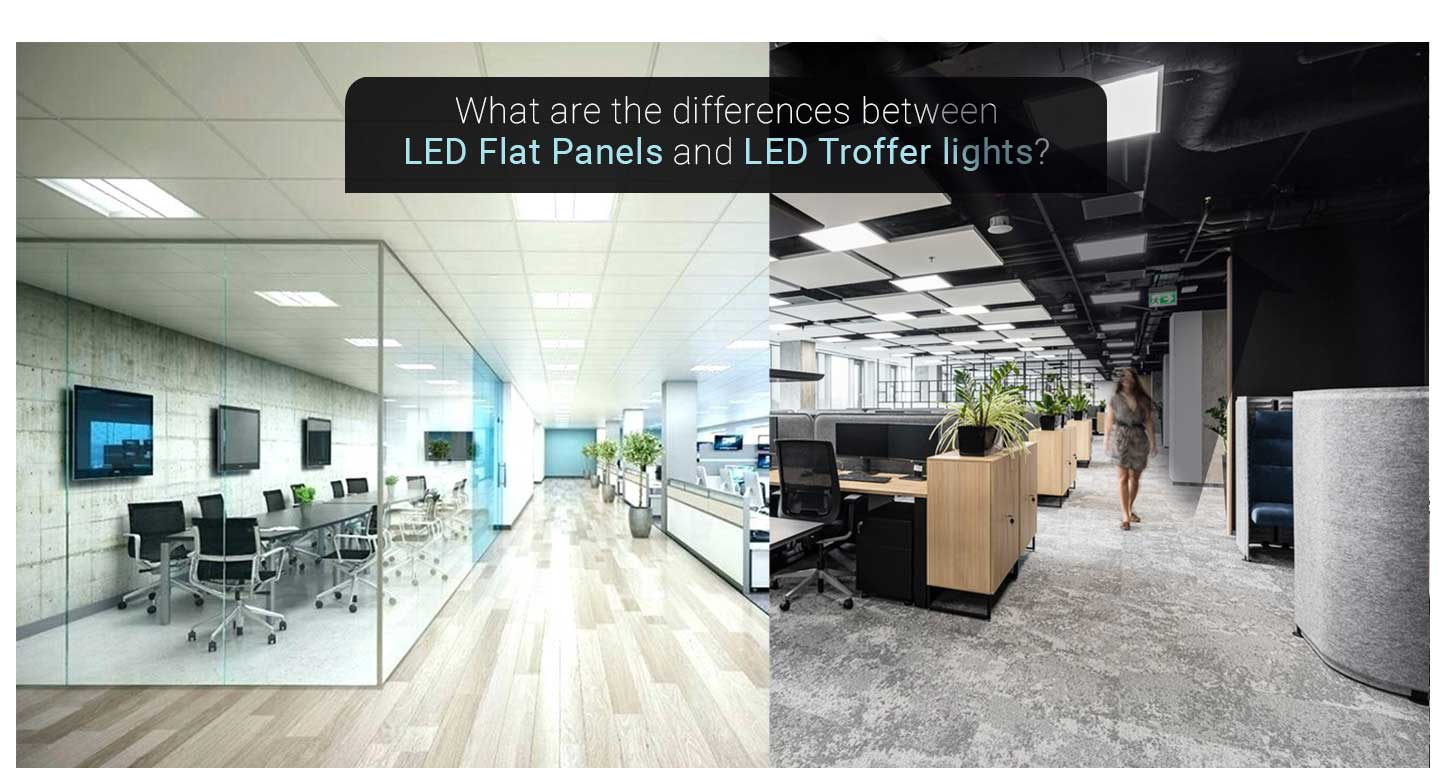 LED troffers are thicker and usually include a center basket and thus preferably installed with high ceilings. On the other hand, the LED flat panels are ideally installed for comparatively shallow ceilings, as their thickness varies just 2 to 3 cm.

For more even and familiar illumination, you should go for an LED panel light. And if you are looking for something really extra bright, then an LED troffer fixture would be better.

LED flat panel lights are more inexpensive than LED troffer lights, but if both are an ideal option, you may choose whichever fits your budget.

When we talk about LED troffer lights, their installation requires the removal of all pieces from the grid ceiling and laying down the new fixture replacement for fluorescent troffers. In comparison, the LED troffer retrofit kit is a partial replacement for the old and obsolete troffers.

In the case of the retrofit kit, the original troffer fixtures are not removed, but simply the tube and the fixture’s face are replaced with the new troffer retrofit kit.

So, if you require gentler ambiance and place a higher priority on comfort over brightness, edge-lit panel lights are recommended.

There are significant distinctions between LED panels and troffer lights, from looks to their performance and applications. But regardless, both designs are perfect upgrades and ideal replacements for fluorescent tube light troffers, saving twice as much energy and significantly reducing maintenance time and costs.