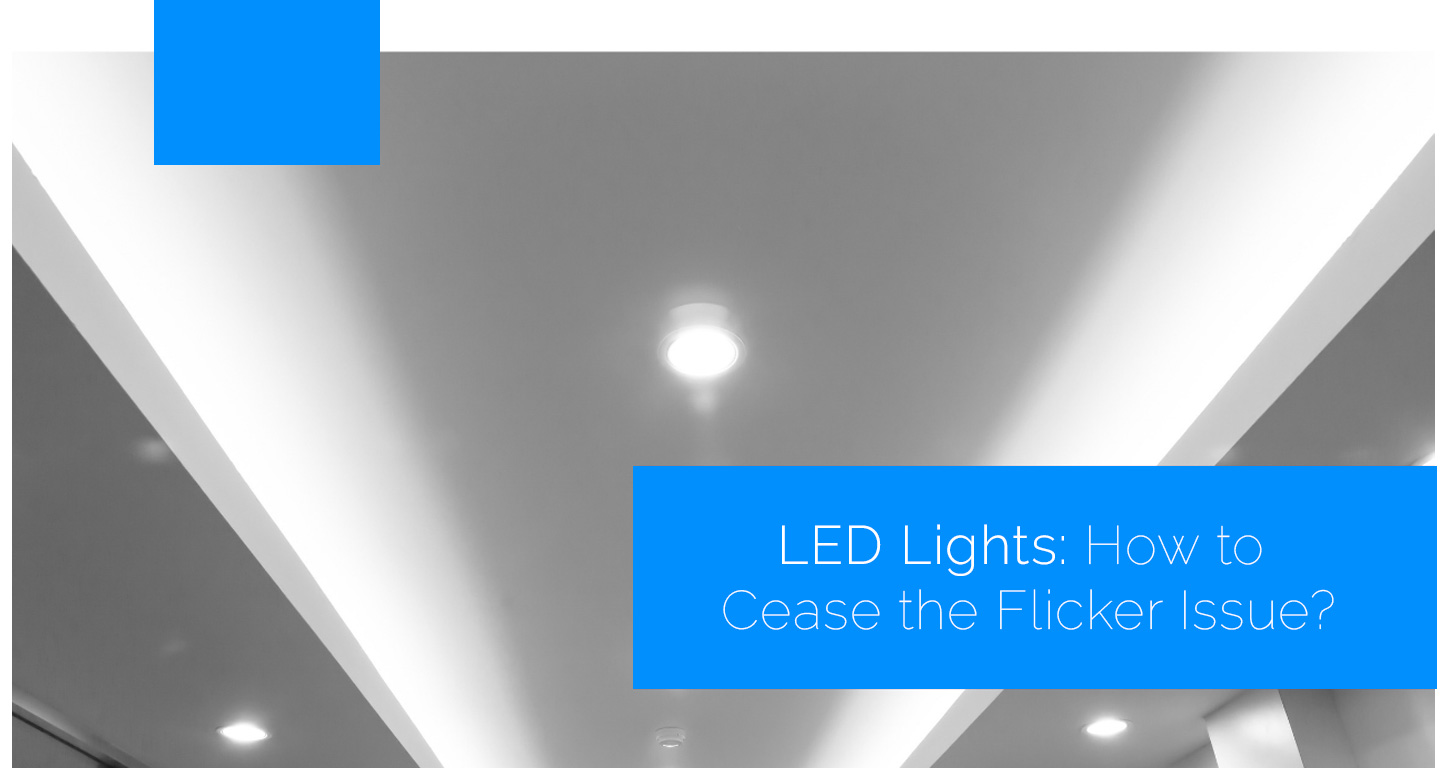 LED stands for Light Emitting diode, and it is a semiconductor device that generates light due to electroluminescence. When you pass electricity through the semiconductor materials, it emits light.

The LED lights offer many benefits to the commercial sector and residential complexes. They have design flexibility and can work efficiently in any kind of conditions.

The LED fixtures are operated mainly by an electronic driver, and some of them are susceptible to voltage fluctuations. It depends on the brand name and quality of the LED fixture.

Voltage fluctuations in the wiring of your home or business premises cause LED flickering. When you turn the fixture on or off, there is a change inside the voltage levels, which causes the LED lights to flicker.

Why do LED lights flicker?

The binary on/off cycle powered by the alternating current (AC) inside the LED fixture is not functioning correctly, which causes the flickering problem.

The LED lights keep flickering when the frequency is less than 50Hz inside the fixture. In addition, the LED bulb flickers due or incorrect wiring and incompatible LED dimmer switches.

The LED lights also face flickering due to defects inside bulb components like bad LED drivers.

Why do lights flicker even when they are off?

Some LED lights do flicker even when they are switched off. It shows a full flicker effect for a few seconds when the fixture is switched off.

Incorrect circuitry among the LED fixtures creates trouble for the LED lights. For example, LED downlights can face imminent flickering if faulty wiring is present inside the fixture.

When the LED lights fixtures start to flicker for a long time, you need to implement corrective measures.

Home and office safety becomes a top priority when electrical fixtures face the problem of flickering. The LED lights which are flickering for a long time can be dangerous if not checked properly.

The ailments that cause the problem of flickering are blown fuses, tripped circuits, and voltage overload. In addition, it can cause harm to the position where the LED bulb is located.

Flickering also causes serious health issues to the occupants.  Headache, migraine, and fatigue are some of the occupants’ problems when working under poor lighting.

Dimmers are the best setting that is available with the LED lights. They are either provided or sold separately according to the requirements.

A bad LED driver cannot withstand the heat delivered by the internal components of the LED fixture. In addition, the present capacitor inside might be swollen due to bad voltage regulation.

One should understand that if your try to hook the traditional dimmer settings to the new LED fixtures, it changes the amount of current going to the bulb.

For traditional lights, the dimmers used to work by increasing the resistance of the LED fixture. The variable resistor lowered the current and pushed more voltage through the lamp—The LED lights used this method to decrease the bulb’s brightness. Unfortunately, these dimmers generally did not reduce energy consumption and were costly. Let’s discuss some of the dimmers.

PWM dimmers simply work when the light fixture is switch on and off. The exciting part about the PWM dimmers is that they can lower the LED light’s brightness without affecting the color temperature.

One can generally use the PWM dimmers with constant current drivers and voltage drivers.

The CCR dimmers work by controlling the amount of current flowing through the LED lamps.

The CCR dimmers help to deliver efficient brightness and stop the flickering issue inside the LED lights. Therefore, they are a suitable option for workplaces and areas where high-risk exercise is carried out.

The dimmers help to reduce the consumption of electricity. They also act as money savers for any organization.

The dimmer’s power consumption is directly related to the amount of power consumed by the lights.

The dimmers can set the right kind of ambiance for the indoors and at the same time save a lot of money on utility bills.